’Tis the season to be jolly, but for some, it can be difficult when there are so many things to get done in such a short time. Our schedules get packed with all the extra things that happen only once a year — concerts, office parties, awards banquets, and on and on. Then there are the client gifts that should have been ordered last month. Oops! Well, don't despair on that point. We have lots of great gifts for every budget that can be imprinted with your branded message and shipped out in a flash — some as quickly as the next day. As we think about showing appreciation, a couple of news items caught our attention recently. Both involved technology industry giants. It wasn't for introducing the latest gaming system or mobile phone or online search function. Rather, both Microsoft and Yahoo drew attention with announcements that were intended to be internal. 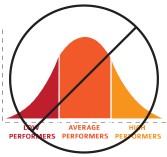 First, Microsoft informed employees that it would be doing away with its unpopular “stack ranking” system, which forced managers to essentially rate their employees on a curve. In other words, every department had to have a certain amount of people receive great scores, another specific percentage receive average ratings, and a third group that got bad scores. Ultimately, bonuses were given to the top scorers, while many of the employees with the lowest scores were weeded out periodically. Now, concerned about the hyper-competitive and unfair environment that this system created, Microsoft has made a big change.

It will now have a review process that is more flexible and which encourages employees to work together, instead of against each other. “Our new approach will make it easier for managers and leaders to allocate rewards in a manner that reflects the unique contributions of their employees and teams,” Lisa Brummel, executive vice president of human resources at Microsoft, told employees in a letter distributed last month. The rewards program will be diversified, including much more than just cash bonuses. Promotional gifts as well as intangibles will be part of the new, more encouraging system.

HR managers can learn something from Microsoft's change of heart. Why would you want an employee review system that essentially pits people against each other? Annual reviews are designed to increase communication at companies by providing feedback to employees on where they're performing well and where they could pick it up. In a vacuum, that should work. But companies aren't implementing reviews in a vacuum, because many were applying ratings to employees at the end of the process on a curve system that forces managers to have certain amounts of their people in the different levels provided. All that succeeds at doing is creating a toxic environment where employees inevitably wonder who got the top scores (and why!) and who got the bottom scores (and why?). Many companies have begun to realize this. The Institute of Corporate Productivity says that only 5% of high-performing companies used a forced ranking system in 2011, down from almost 20% two years earlier.

So, what did Yahoo do? The company adopted the employee rating system that Microsoft – and many others — just shunned. It was reported that Yahoo CEO Marissa Mayer has instituted the ranking system so the company can more easily identify the employees it should fire. However, in an unintended consequence, now the company has a morale issue on its hands. Said one manager: “I feel so uncomfortable because in order to meet the bell curve, I have to tell an employee that they missed when I truly don't believe it to be the case. I understand we want to weed out people not meeting their goals, but this practice is concerning. I don't want to lose the person mentally.”

Not a good way to create a high-performance culture, is it? For some better ideas, check out our review from a conference of the Society of Human Resource Managers.

“Perhaps you will forget tomorrow the kind words you say today, but the recipient may cherish them over a lifetime.”