If you're evaluating your company's recognition program, the first place to start is by thinking about the goals of the program. It needs to be closely aligned with the company's overall goals. At the most severe point of the recent recession, many businesses designed recognition programs around saving expenses. As business has begun to slowly improve, smart managers are rewarding activities that bring in new business. It should not, of course, be limited to sales people, but rather should be inclusive of customer service reps or others in the office whose work can help to increase revenue.

The second thing to remember is that the best recognition programs are not just driven from the top. Rewards can be given to employees at any level, so why not let them be initiated from any level? Wachovia Bank, which recently merged with Wells Fargo, has had a peer-based program for 10 years. Any employeee can recognize any other employee for exemplary work. One million employees have been rewarded since it began, and the new management team is not about to change the popular and successful program. Con Agra recently began a peer program, and more than 500 people were nominated for rewards in the first six months. The rewards amounted to name brand merchandise including Apple and LG Electronics. “Those on the front lines often catch people doing great things even more often than a manager might,” according to spokesman Roy Sanderson. 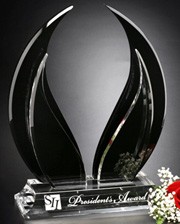 Number three is to thing short term as well as long term. Traditional incentives are long term — things like year-long sales goals or annual achievement awards. But if you don't find a way to reward new employees, you're missing a good bet. During the first 90 days, employees might be wondering whether they like the company enough to make a career of it. Thay can be asking themselves if they feel valued. That's an ideal time to show them that you care. Some companies present a welcome basket to new employees, and managers check in every 30 days or so with another branded item, perhaps a company mug or desk clock. This provides a good chance to visit and see how the employee is doing, and pays big dividends down the road.

Wages and salary are just one piece of the package. Remembering these elements of effective recognition programs can help any company to achieve its goals. If you'd like to investigate how this can work for you, give us a call at APTCO.

The APTCO blog is growing — come, visit, and leave comments.

“A man will work for a paycheck, but risk his life for a medal.”