No matter what business you're in, it's a good idea to think about branding. Whether you operate a medical practice, a construction company, or a food distributor, you should be thinking about the image of your business. Cities and towns that play the branding game well are part of a growing trend of thriving destinations whose mottos and monikers are helping to market their appeal and put them squarely on the map.

So says TaglineGuru (www.TaglineGuru.com), which recently released its survey of the Top 50 U.S. City Slogans and Top 50 U.S. City Nicknames. It also announced the winners of the “Sloganville, USA Awards,” recognizing the most notable and notorious city slogans across the nation. 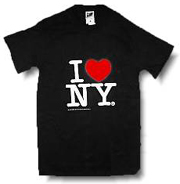 Rankings were based on whether slogans and nicknames expressed a city's brand character and personality; told a story in a clever, original, and memorable way; and inspired others to visit there, move there or learn more. For a list of the 50 top-ranked slogans and 50 top-ranked nicknames, and the criteria and methodology used to select them, go to www.taglineguru.com/citymottosmonikers.html.
According to Eric Swartz, president of TaglineGuru, “Re-branding your town with a memorable motto or moniker is the most cost-effective way to leverage your assets, increase your visibility and build brand identity. For small towns, it means creating slogans that are unique and specific capitalizing on their history, values and individual style. For big cities, re-branding means staying vibrant, contemporary and inclusive,” he says. “Think of it as a form of urban renewal — without the need for a bond measure.”