The Changing Face of Asian Imports

The promotional products used in our marketing programs are overwhelmingly imprinted in the USA, but most are manufactured in China and surrounding companies in the far east. This is also true of most apparel, from imprinted and embroidered corporate apparel to the clothes we find in the most familiar retail outlets. We've come to accept this as a formula that keeps prices low. We tend to try to overlook the fact that this situation results from the low wages paid to factory workers in that part of the world.

Over the course of much of 2010, there have been a number of changes. The fourth quarter saw significant wage increases as workers demanded a living wage. Employees are increasingly vocal and militant in their protests, and these are not limited to China, but are occuring in Cambodia, Bangladesh, and other countries in the region. Further negotiations will surely lead to higher production costs. 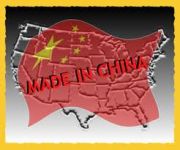 A second, and somewhat related, trend has been a raft of factory closings. Many thousands of Chinese factories shut down during 2010, making it a “producers’ market” as far as establishing garment pricing (Supply vs. Demand). In addition to the production / supply issues, the industry is faced with unrelenting cost increases on raw materials. Cotton prices remain at all time highs with additional increases sure to come, with no relief in sight until 2012. Pakistan, one of the world's largest producers of cotton, experienced a decrease in production of about 10% last year due to bad weather. The switch to polyester as an alternative price sensitive fabric was short lived and has now been dramatically impacted as well, leaving no choice but to watch raw material costs soar.

Finally, transportation costs, closely tied to oil prices, have increased significantly. While local delivery services such as UPS and FedEx have kept their annual increases to a modest 5-7%, ocean shipping has seen the largest increases. Those costs aren't seen as shipping costs because they're built into the wholesale cost of goods. The problem stems from slashed inventories last year when retailers and suppliers ordered less product, leading to many carriers being dry-docked. “Business was so bad in '08 and '09 that people cut down on their ordering and the freightliners cut their capacity,” said Randy Chen, owner of import company Impex. “So everybody's cutting containers and freightliners when all of a sudden business picked up unexpectedly.” Because of the drop in capacity, Chen says a standard shipment from China to a North American port can now take more than a month longer than it used to. Adding to the problem is the practice of “slow steaming,” which has become common among carriers. As the name suggests, freightliners have been largely traveling at slower speeds, trying to increase fuel efficiency.

What does this mean? You need an experienced and dedicated promotional advisor more than ever before. Careful advance planning is key to successful marketing. There are always alternatives to explore — just don't try to navigate these waters on your own.